It may be considered “June Gloom”outside in San Diego, but inside the US Grant Hotel, it was quite a different feeling.  It was the first time the group has been to the US Grant Hotel in quite some time, so our hosts from the US Grant, Kanani Ching & Mark Higginbotham, outdid themselves and placed the group in one of the most beautiful and historic rooms in the hotel, the Crystal Ballroom!

As usual, we handled all business, and then the group was given a special treat: instead of two speakers this month, we had one topic for the presentation…. social media, specifically an exploration into Instagram.   Shannon Henry, of Studio Carre Photographie, and Janine Abdallah spoke to the group about this extremely useful social media application and how various wedding vendors can use this tool for their business and work!

We dined on some delicious seasonal food, learned a thing or five about social media, and of course, networked with one another post-meeting.   Next month we head to the Sheraton on Harbor Island!  Stay tuned! 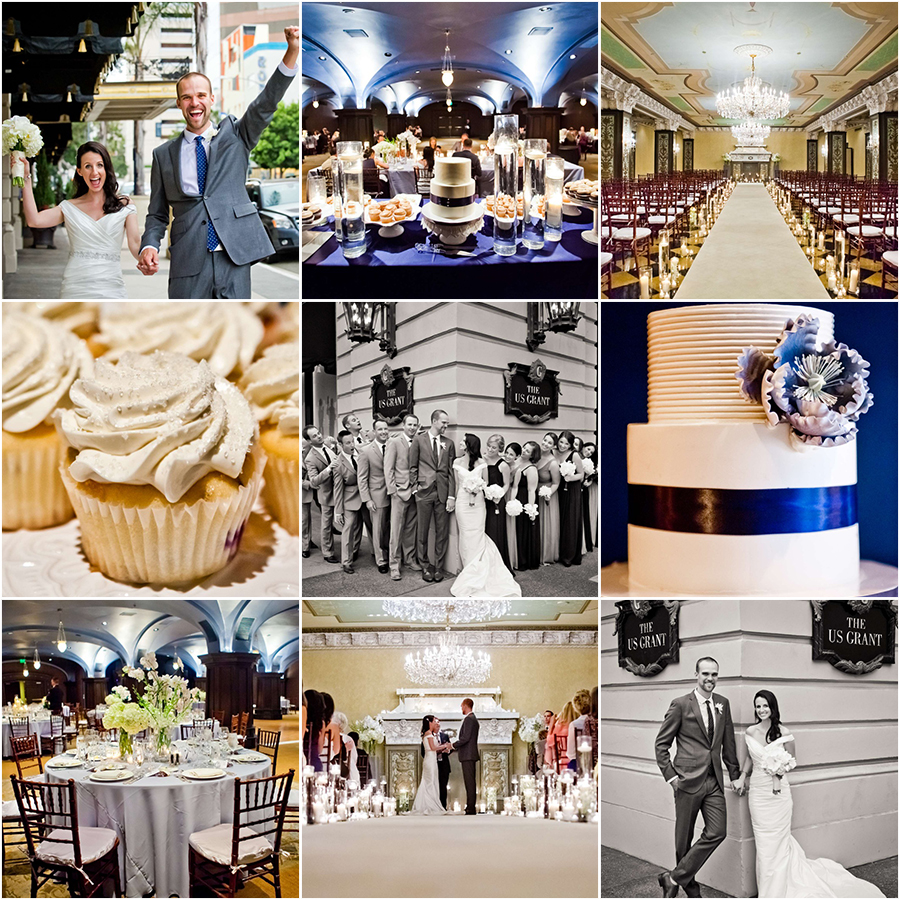 When two people are meant to meet, somehow, some way, it will happen; even when the odds, and geography, are against them.

That is exactly how the story goes for Chris and Megan.  Chris was born in Pennsylvania and went to high school in Europe!  Megan: she was born and raised in San Diego.  Their upbringing could not have more different, but the world has a way of bringing people together, and as such, Megan and Chris’s paths did cross.

They met at The Waterfront in the Little Italy neighborhood of San Diego.  Chris was out celebrating being sworn in to the California state bar.  Megan, who was out with friends, noticed Chris and the fact that he was wearing a Nordstrom shirt, and since Megan was working at Nordstrom at the time, it appeared to be a no-brainer opening to begin conversation.  But alas, the time was not meant to be, and Chris chickened out and didn’t talk to Megan.  Fortunately for Chris, his friend wasn’t as afraid and he got Megan’s number for him!

But it would be months before the two would meet again, and this time Megan and Chris bumped into each other at Maloney’s in downtown San Diego.  Chris’s courage had months to mature, and that night he spoke to Megan. Hours and a Taylor Swift song later, the rest became history.

Megan and Chris share many loves: bagels, reality TV, Jerry Seinfeld and Friends.  But most importantly, they have two rescue dogs: Lyla and Lena, who are the center of their world.  If they’re not walking them in the park or playing ball with them in the backyard, Megan and Chris enjoy spending time with friends, enjoying our favorite Little Italy restaurants, singing karaoke, and relaxing at home with some tea and ice cream.

Fast-forward a couple of years and the two got married in a beautiful ceremony at the US Grant Hotel.   The couple took to downtown San Diego and celebrated their special day in the city in which they met.   It was a magical day for the lovely couple and their friends and family.  The ceremony site was candlelit in an exquisitely opulent fashion. The effect was clean and tasteful, a true reflection of the couple themselves. The reception décor was soft and romantic, with the colors of whites, grays, and then hints of royal blue.

Wedding coordinator, Carmin Cermak, of Carmin Design, did an excellent job capturing the taste of the couple, and all the vendors involved in this wedding did an incredible job making the event complete.  Megan and Chris are amazing people and together they are even more special.

The future: Megan and Chris plan to stay in ‘America’s Finest City’ and start a family.

Venue/catering: The US Grant Hotel