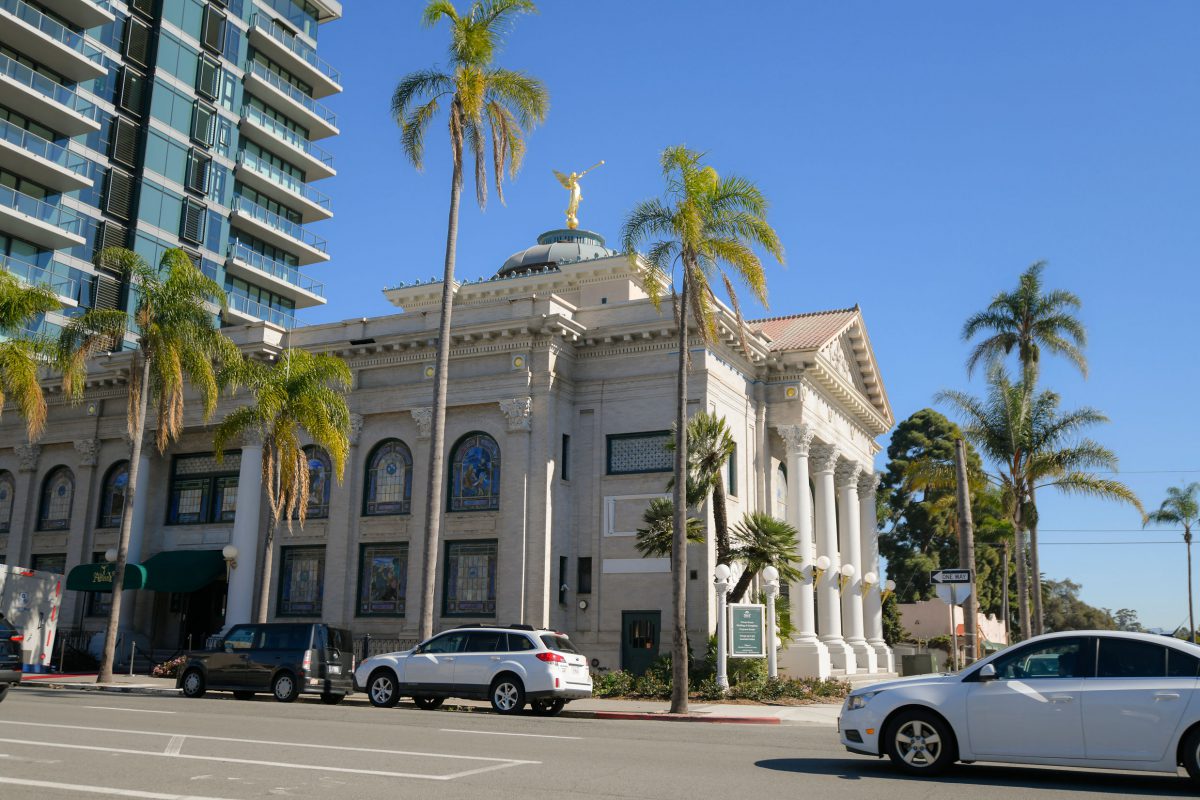 Originally constructed as an Episcopal church, this elegant 1910 landmark is San Diego’s only remaining Classic Revival structure and today is listed on the National Register of Historic Places.

Venue: The Abbey on Fifth Avenue 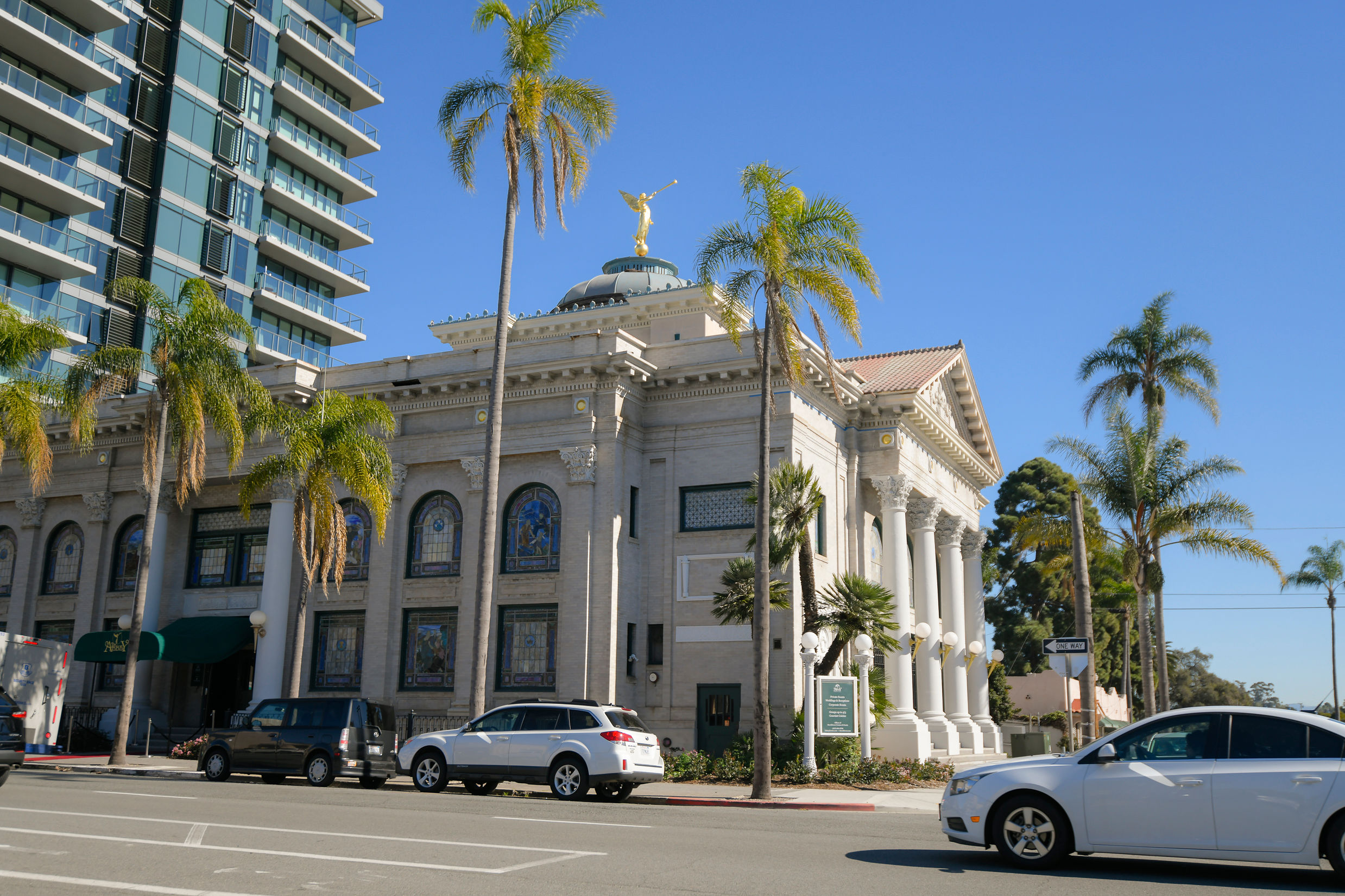 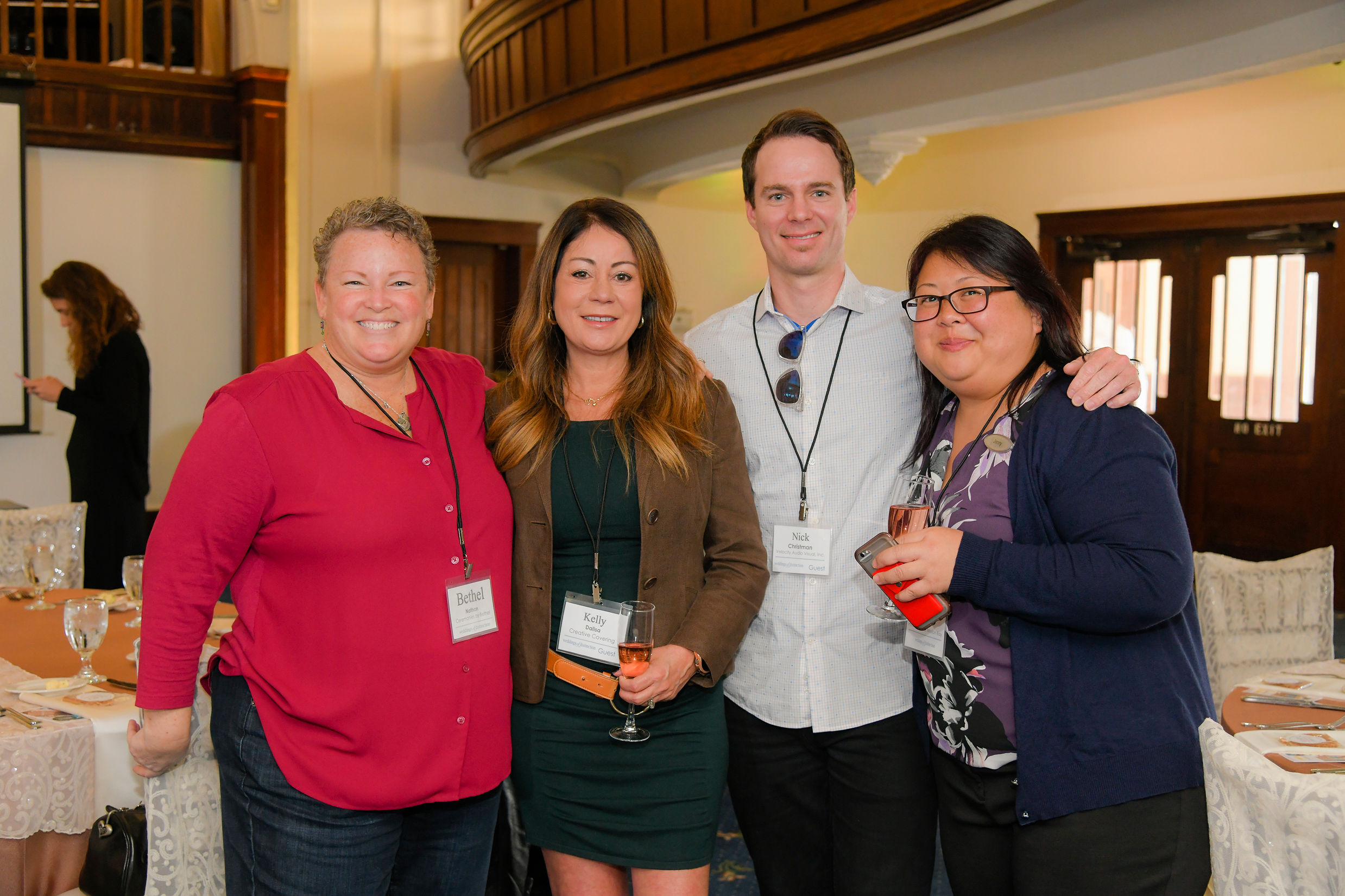 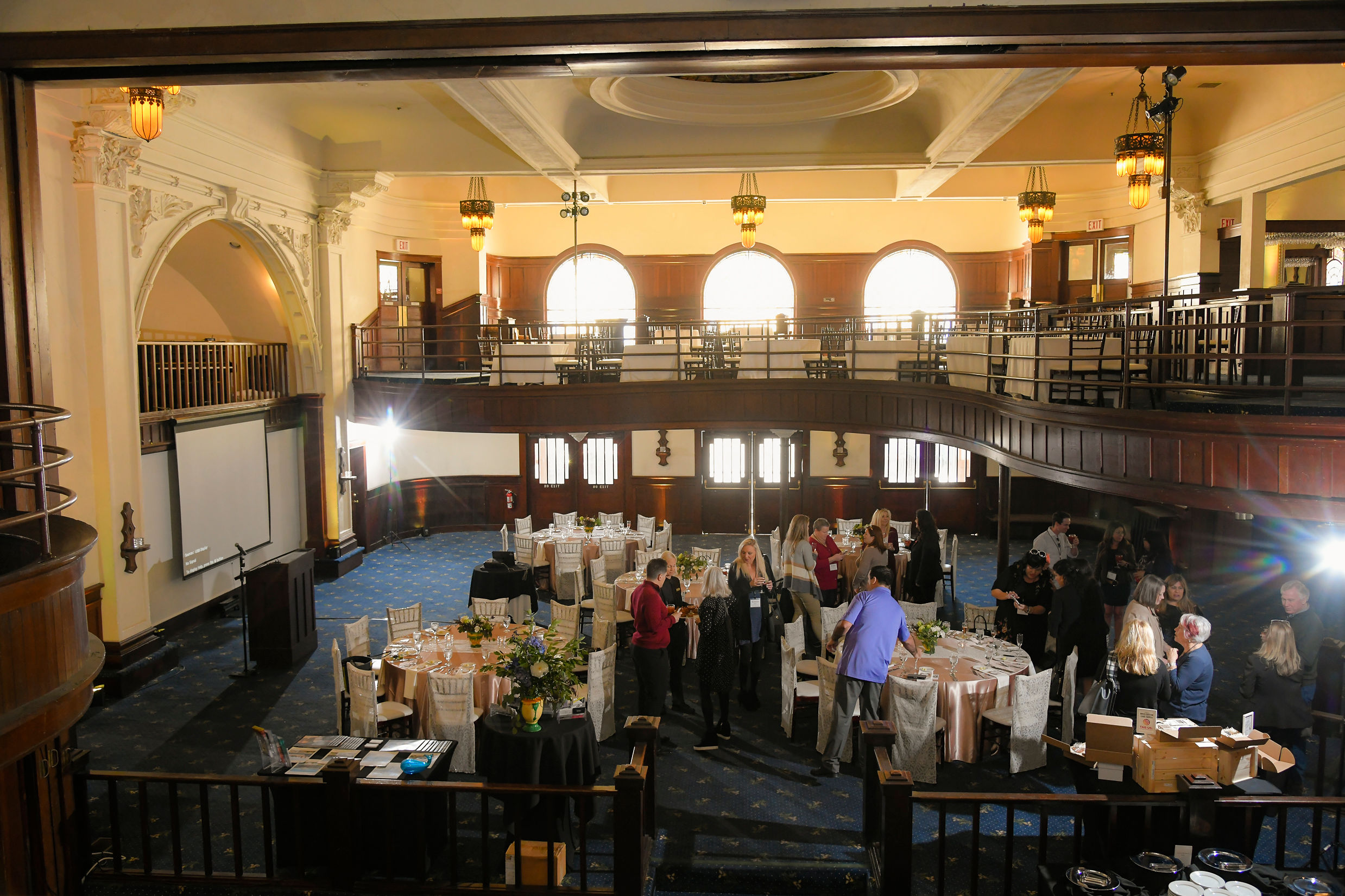 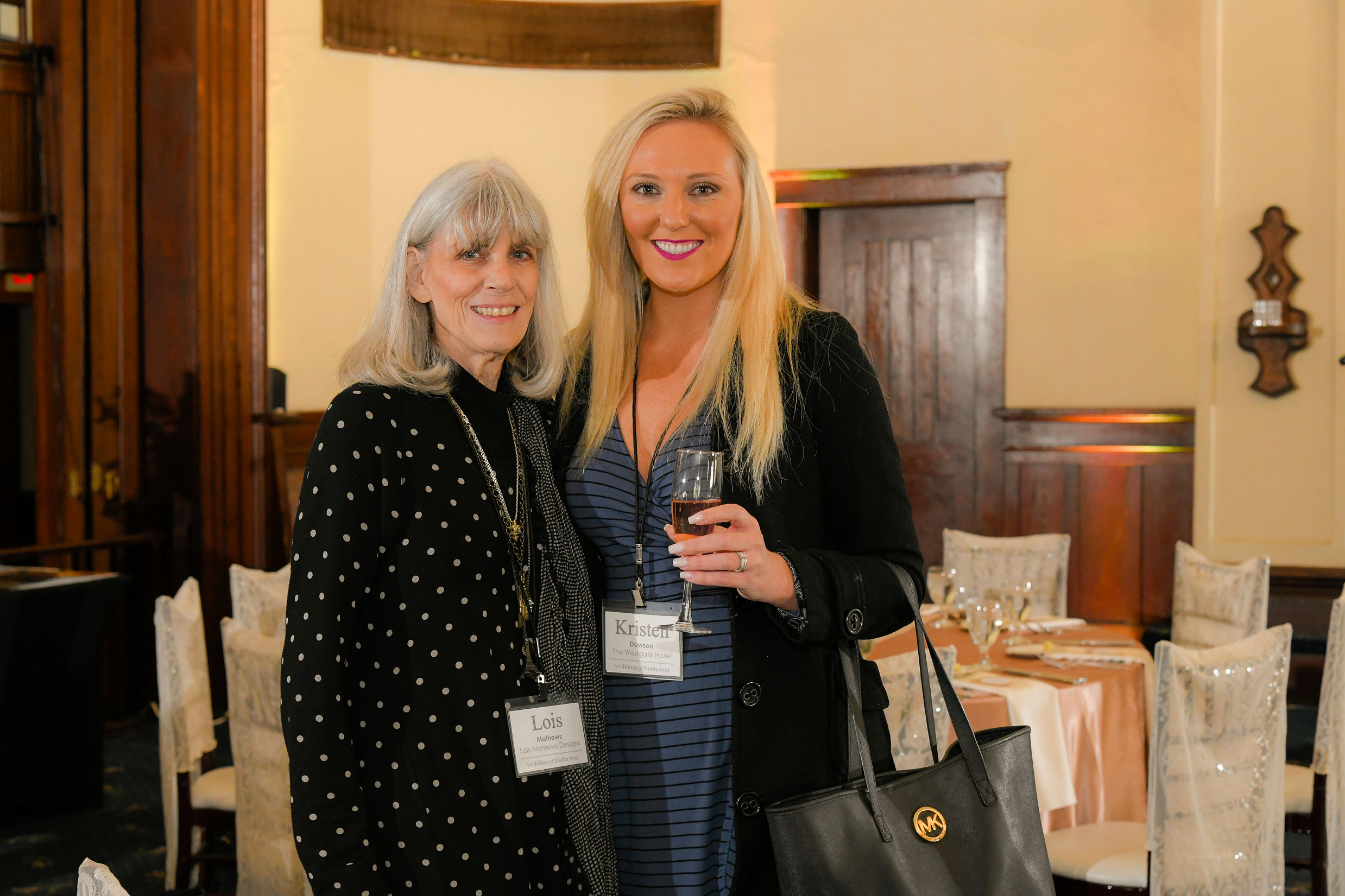 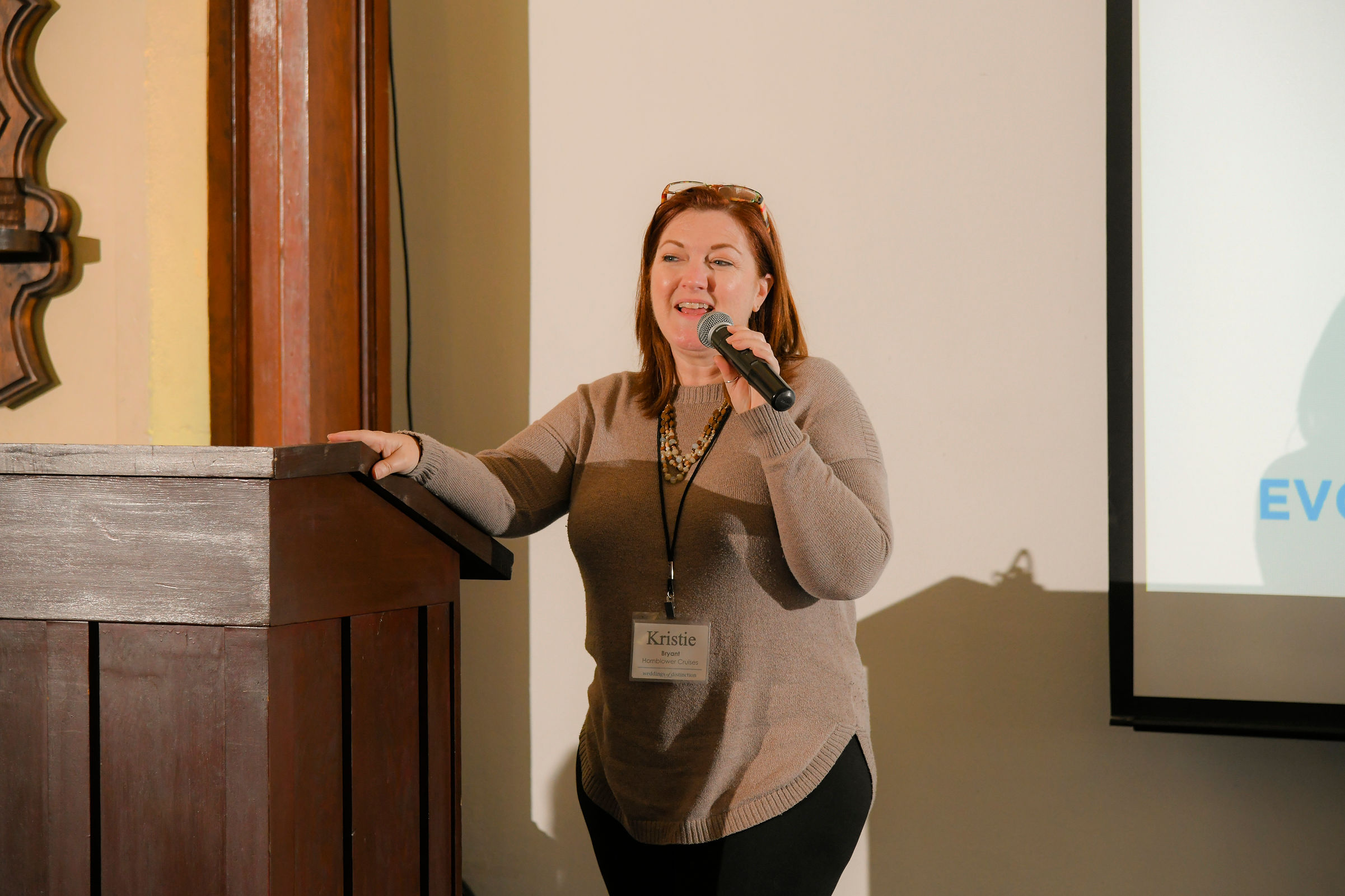 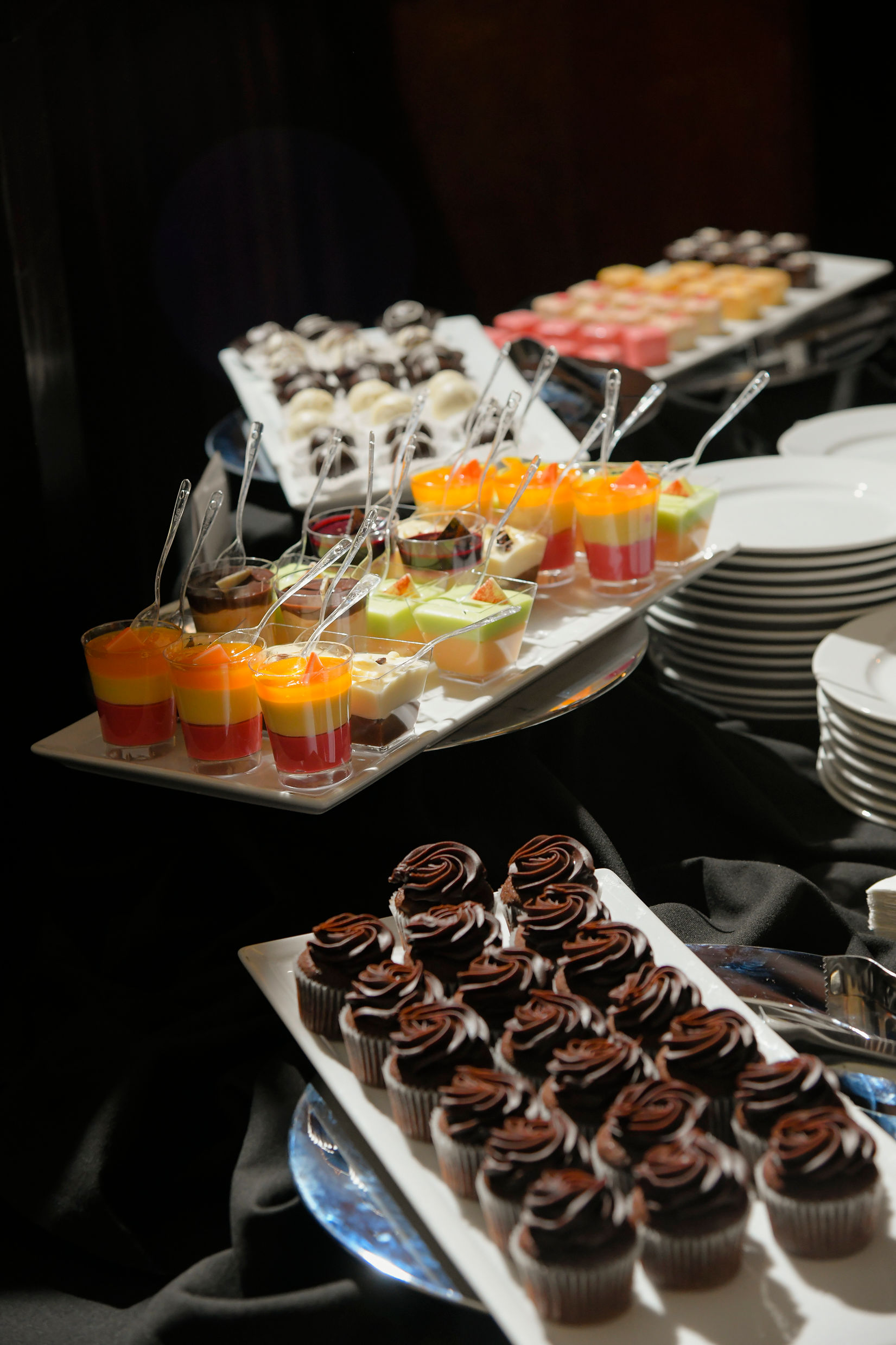 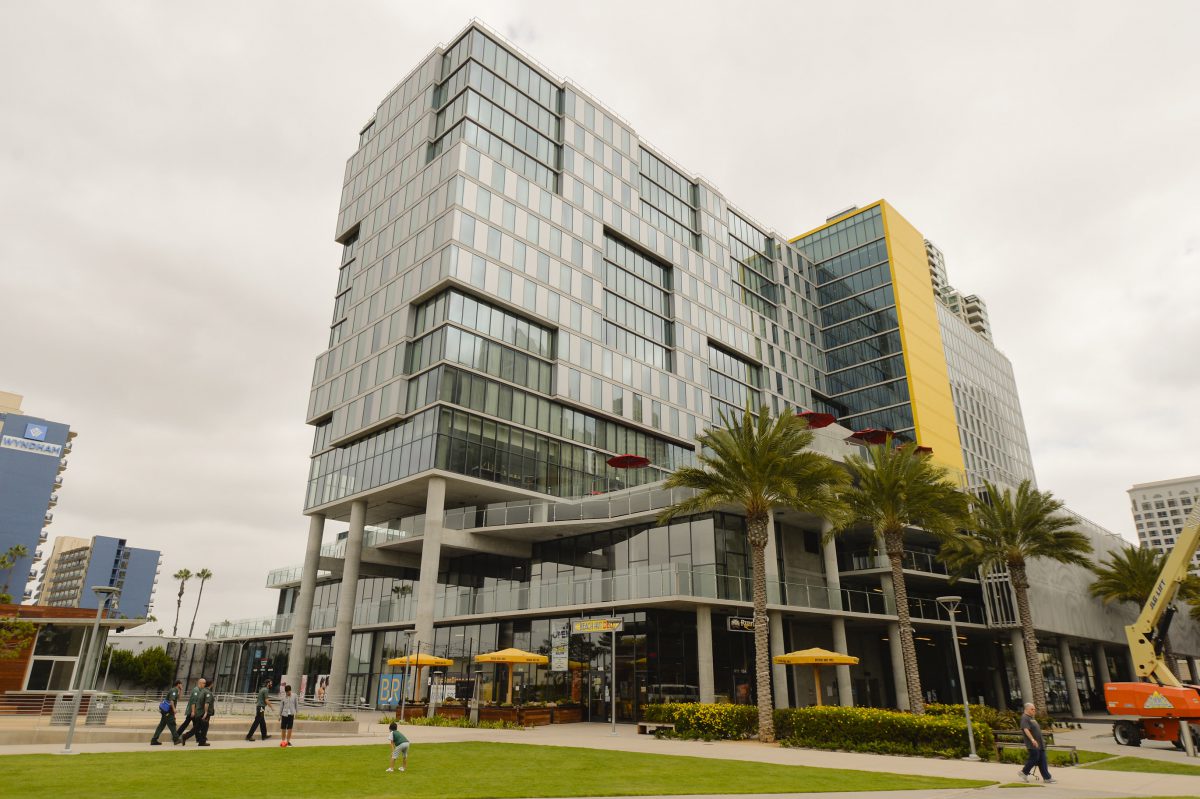 This Marriott location is set along the waterfront with views from every angle, SpringHill Suites San Diego Downtown/Bayfront offers a picturesque setting for a wedding or celebration. Combining value with amenities, this all-suite hotel offers indoor and outdoor venues, onsite catering and room blocks. 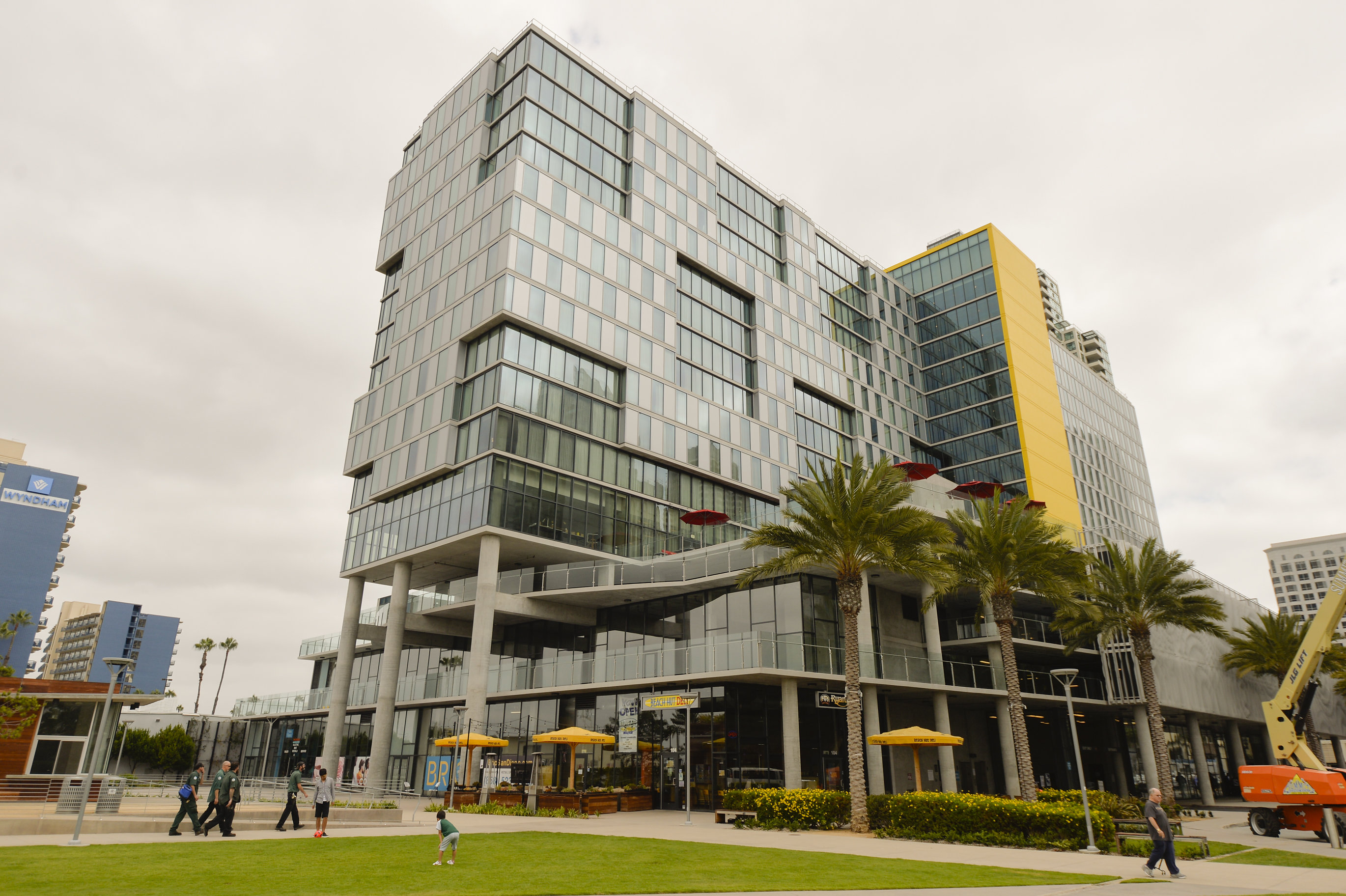 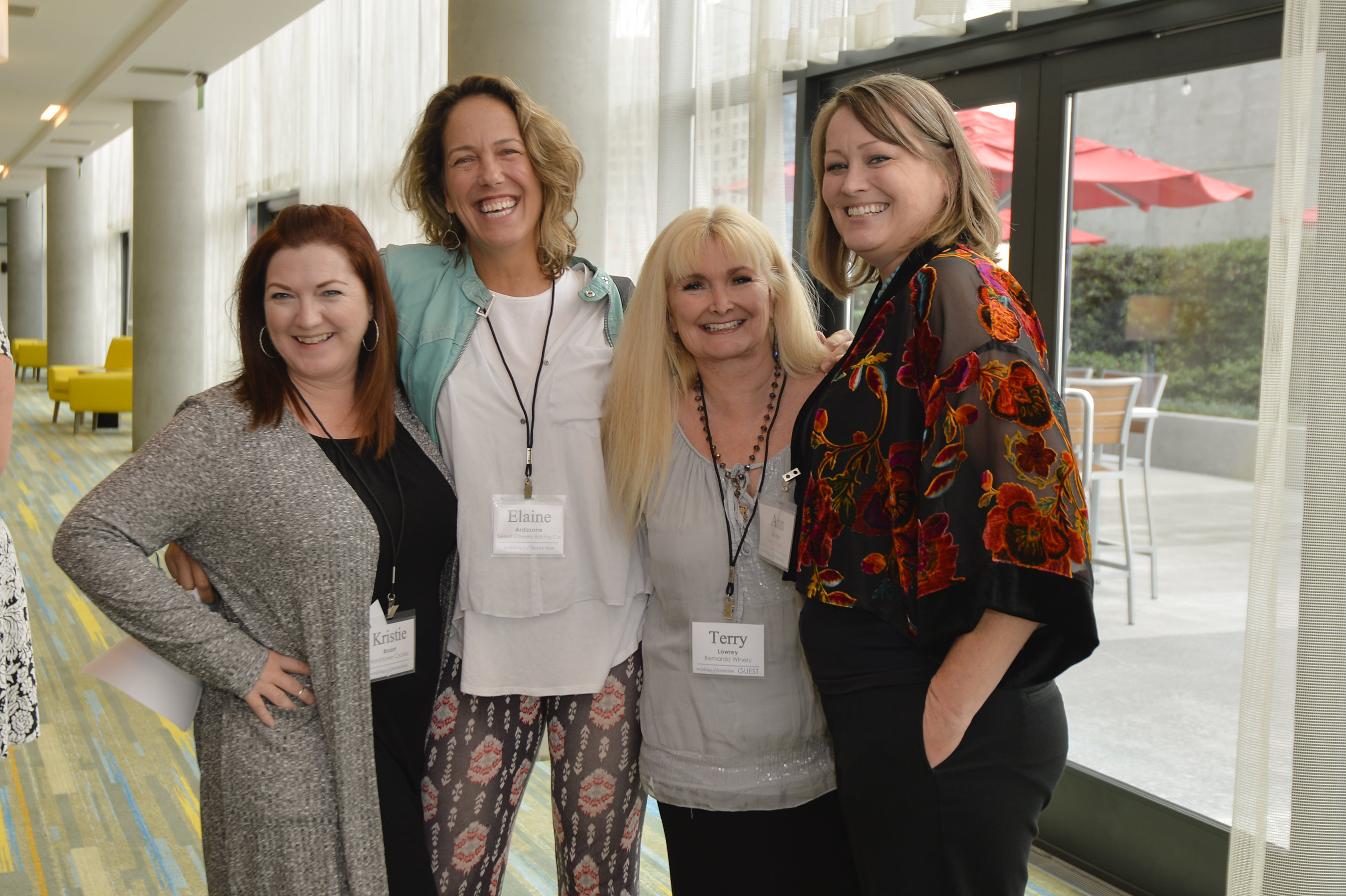 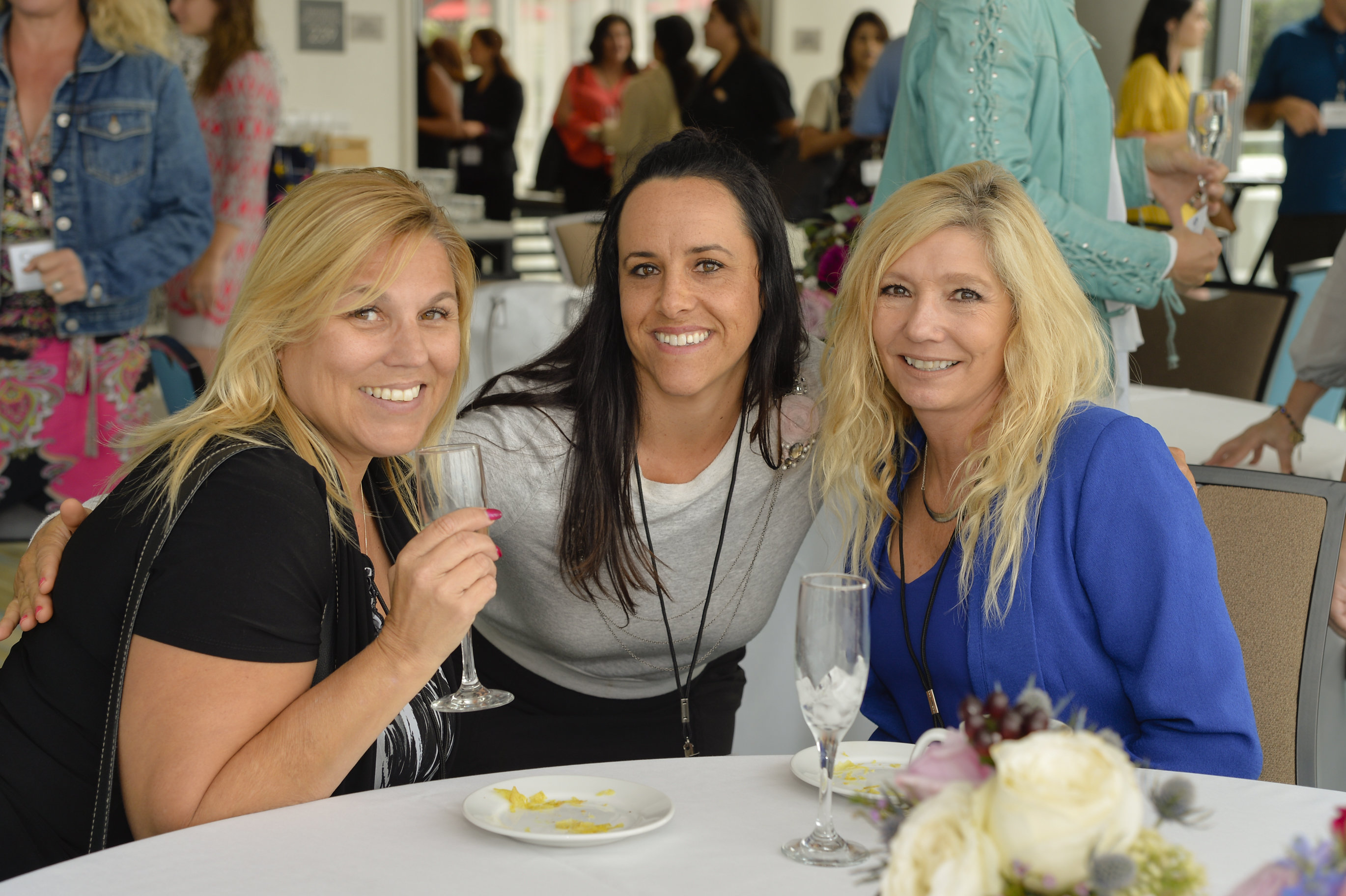 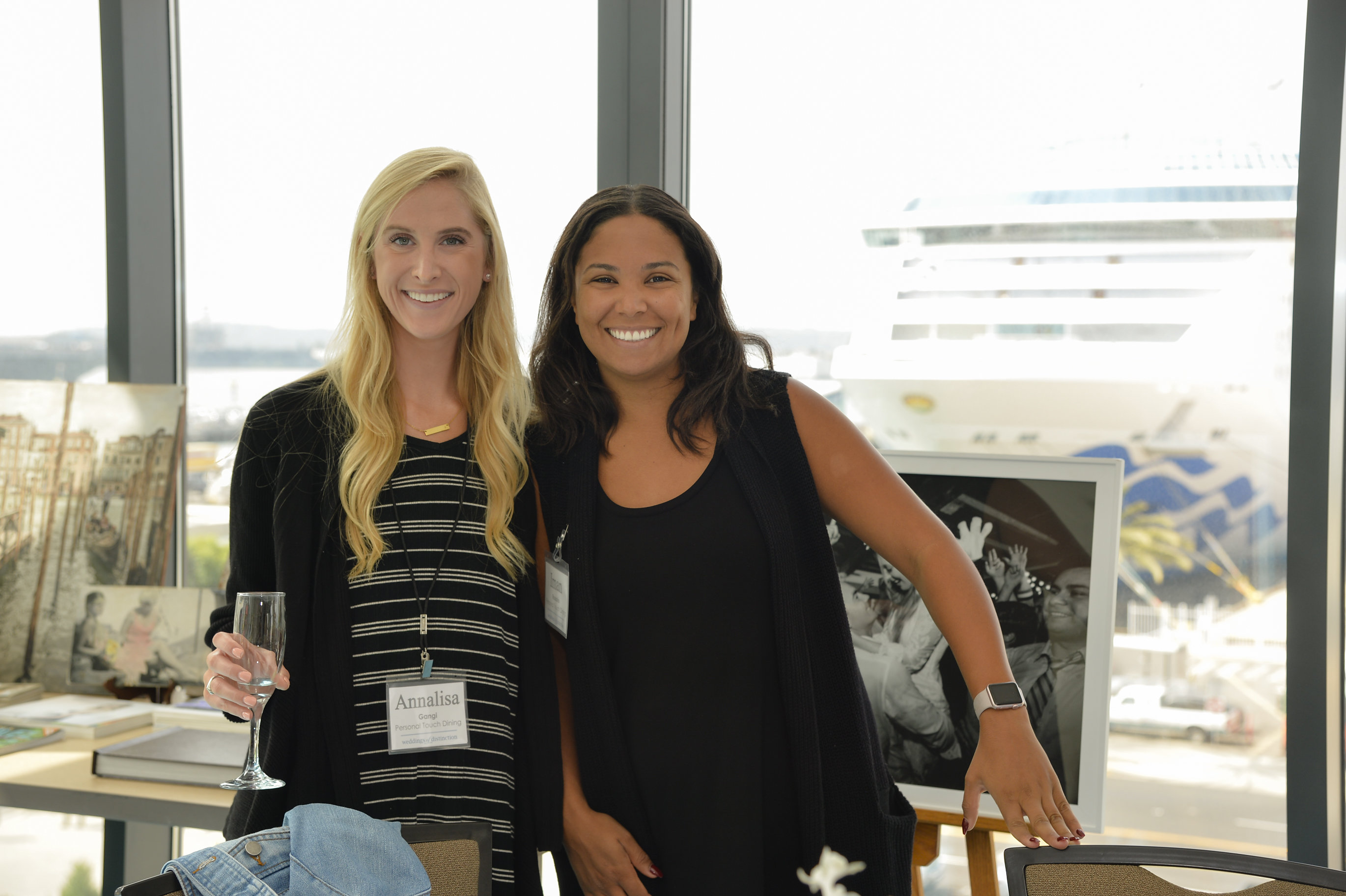 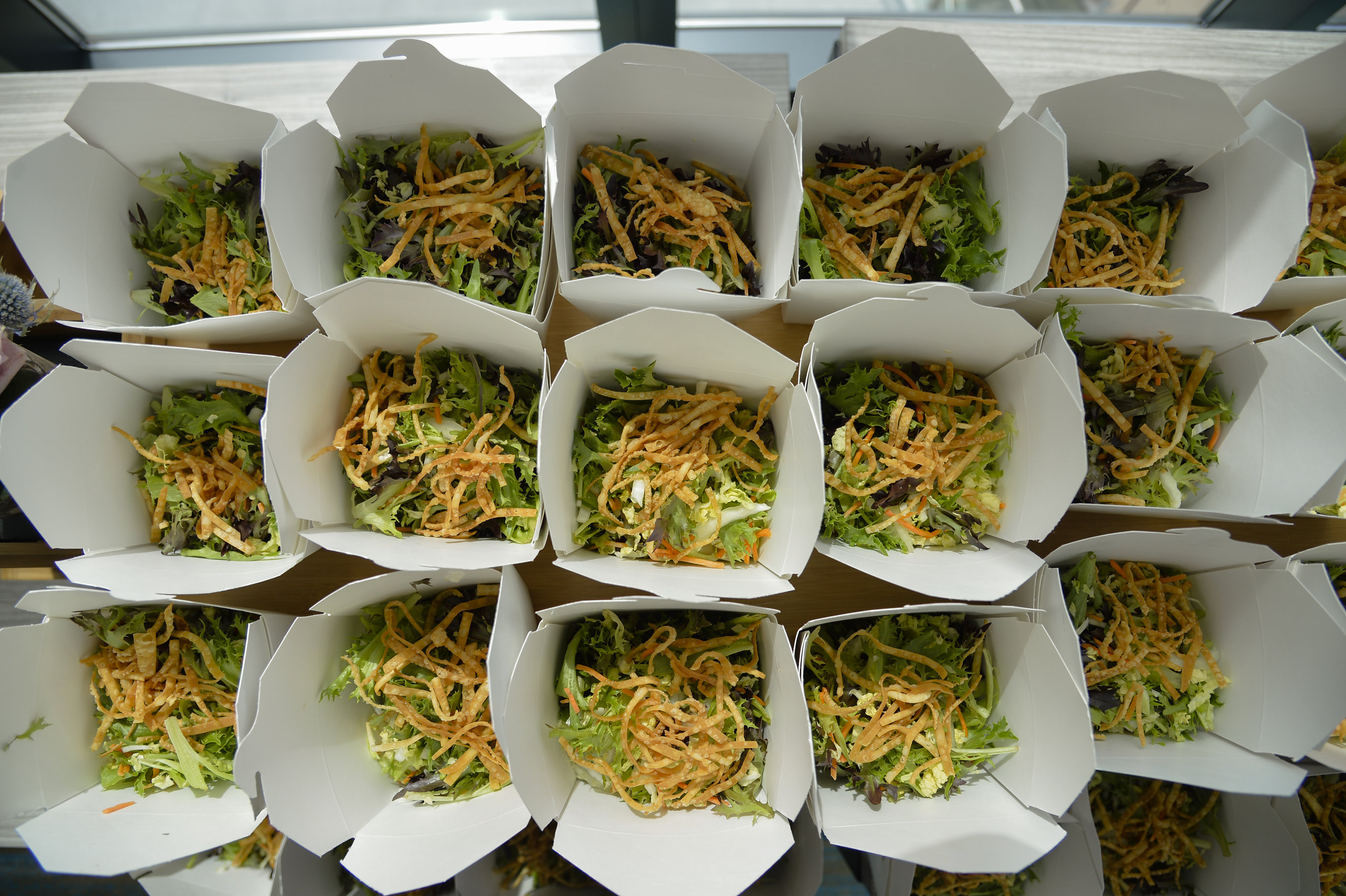 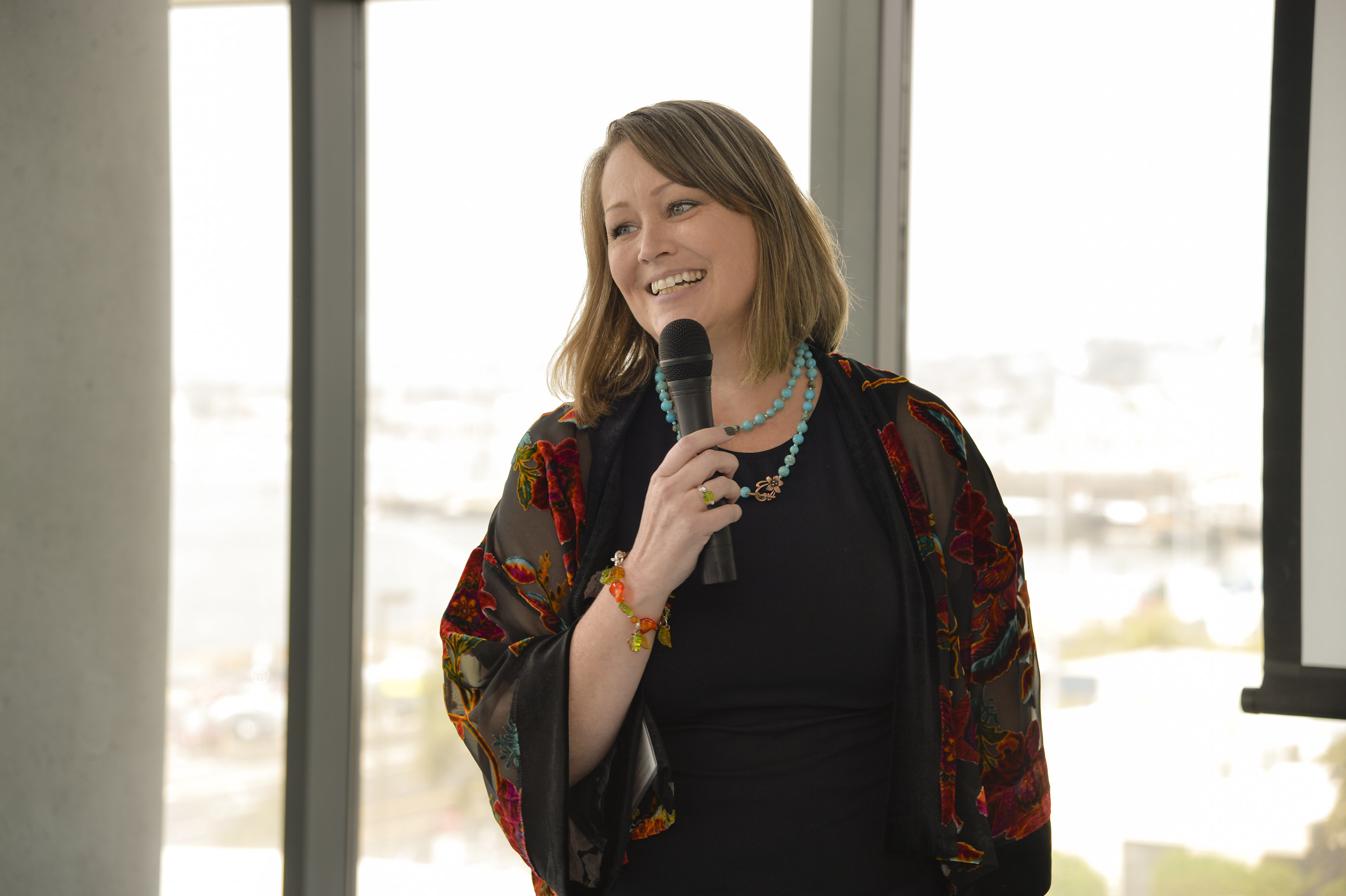 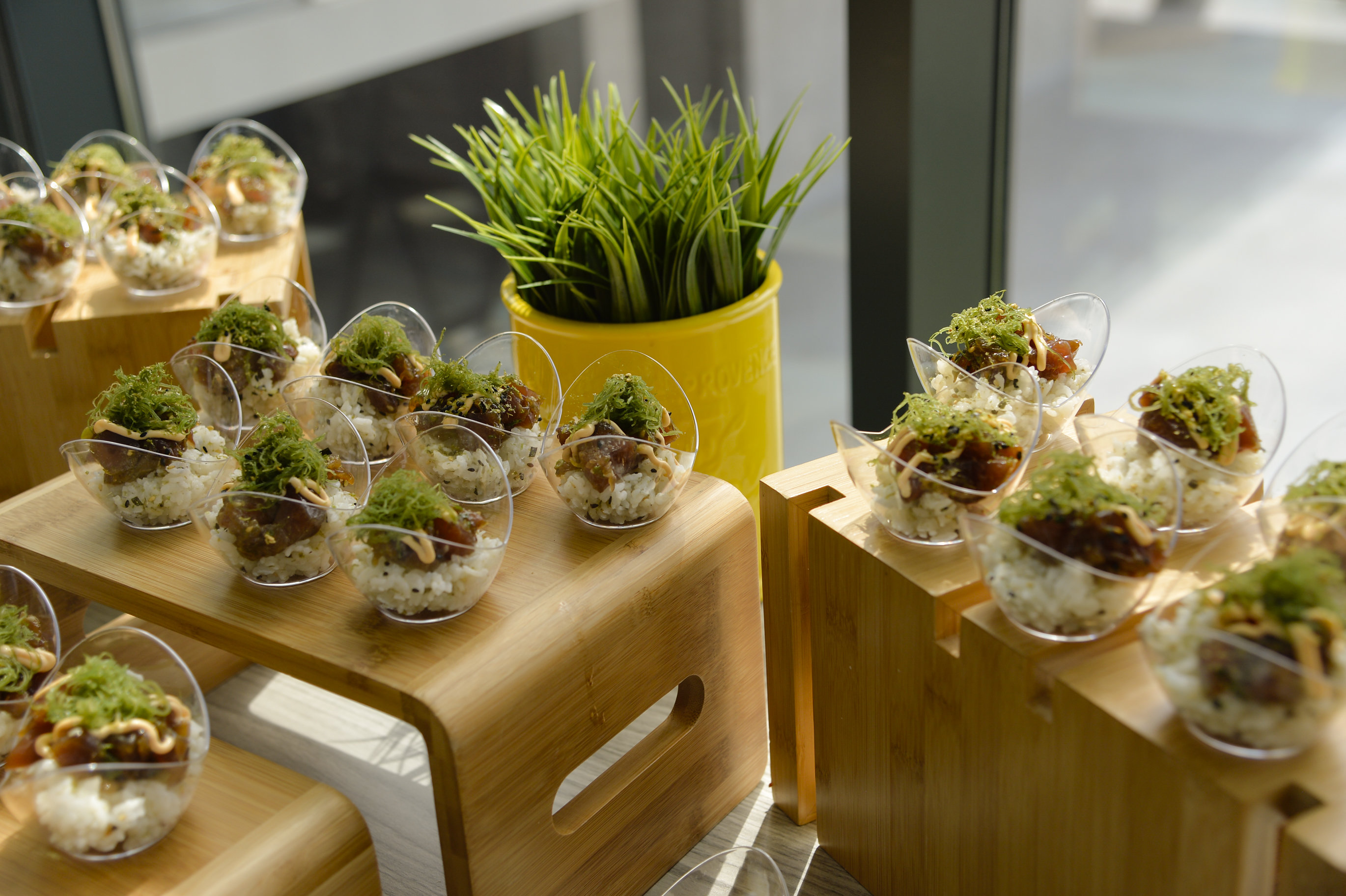 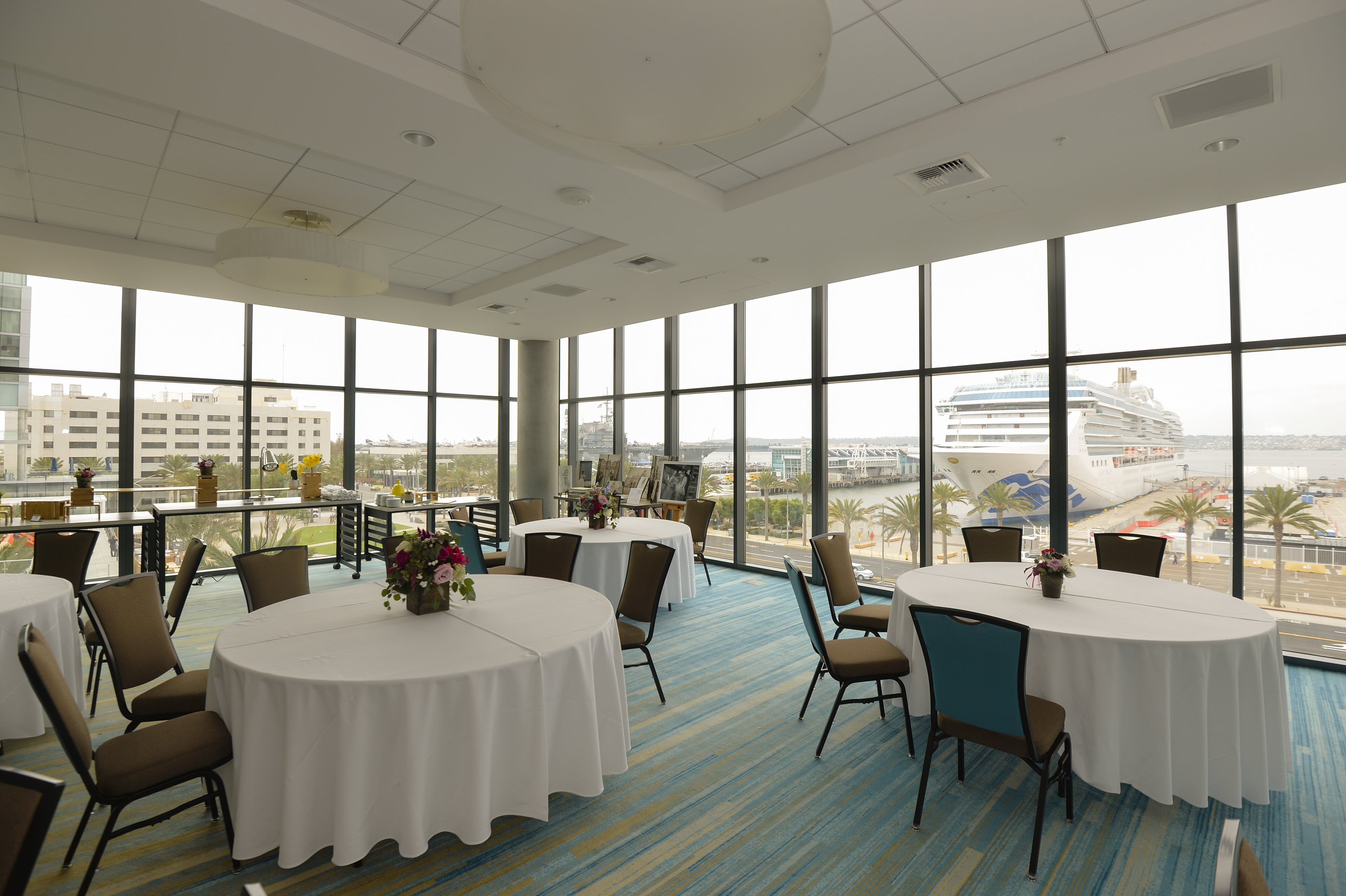 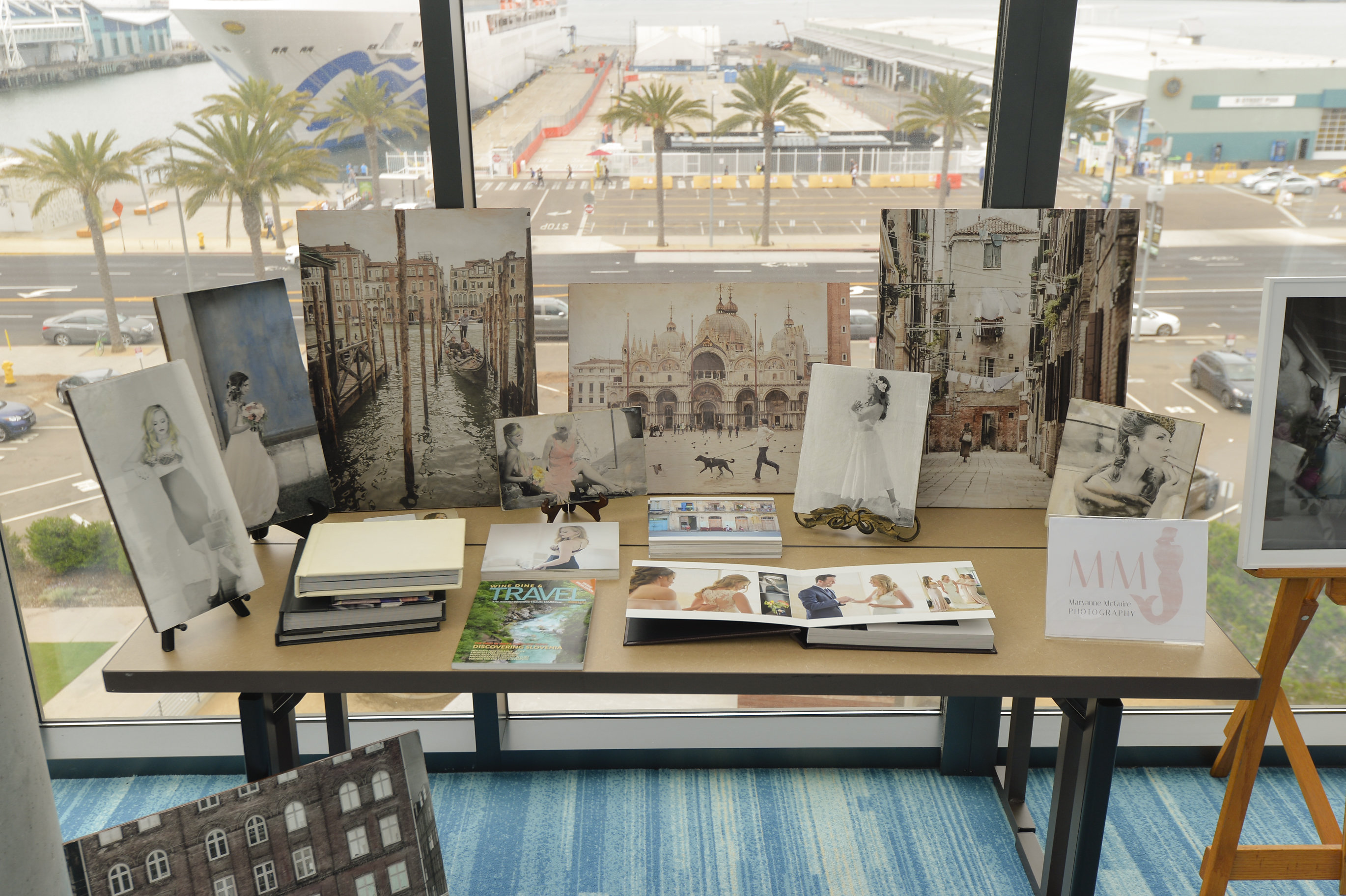 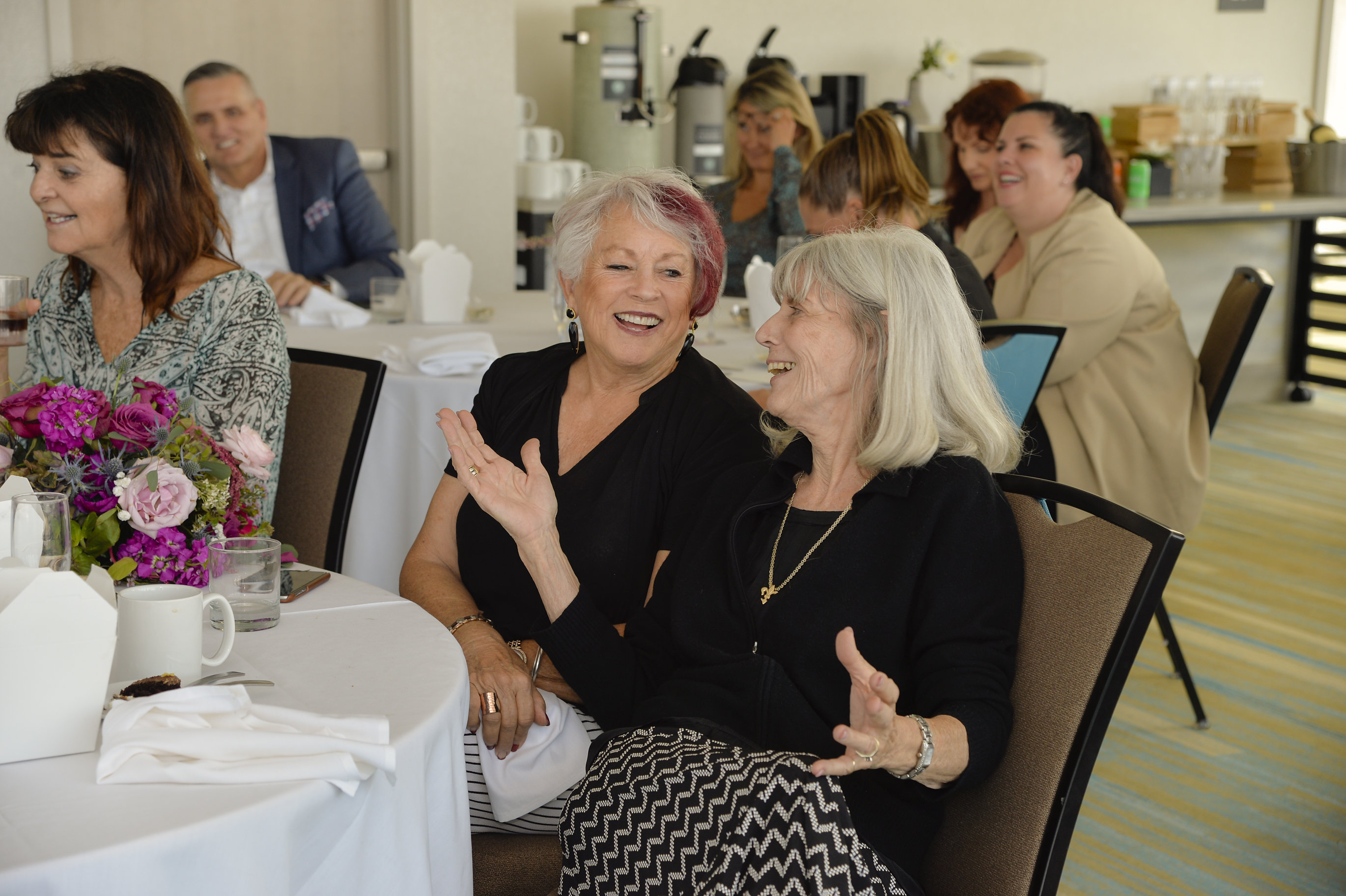 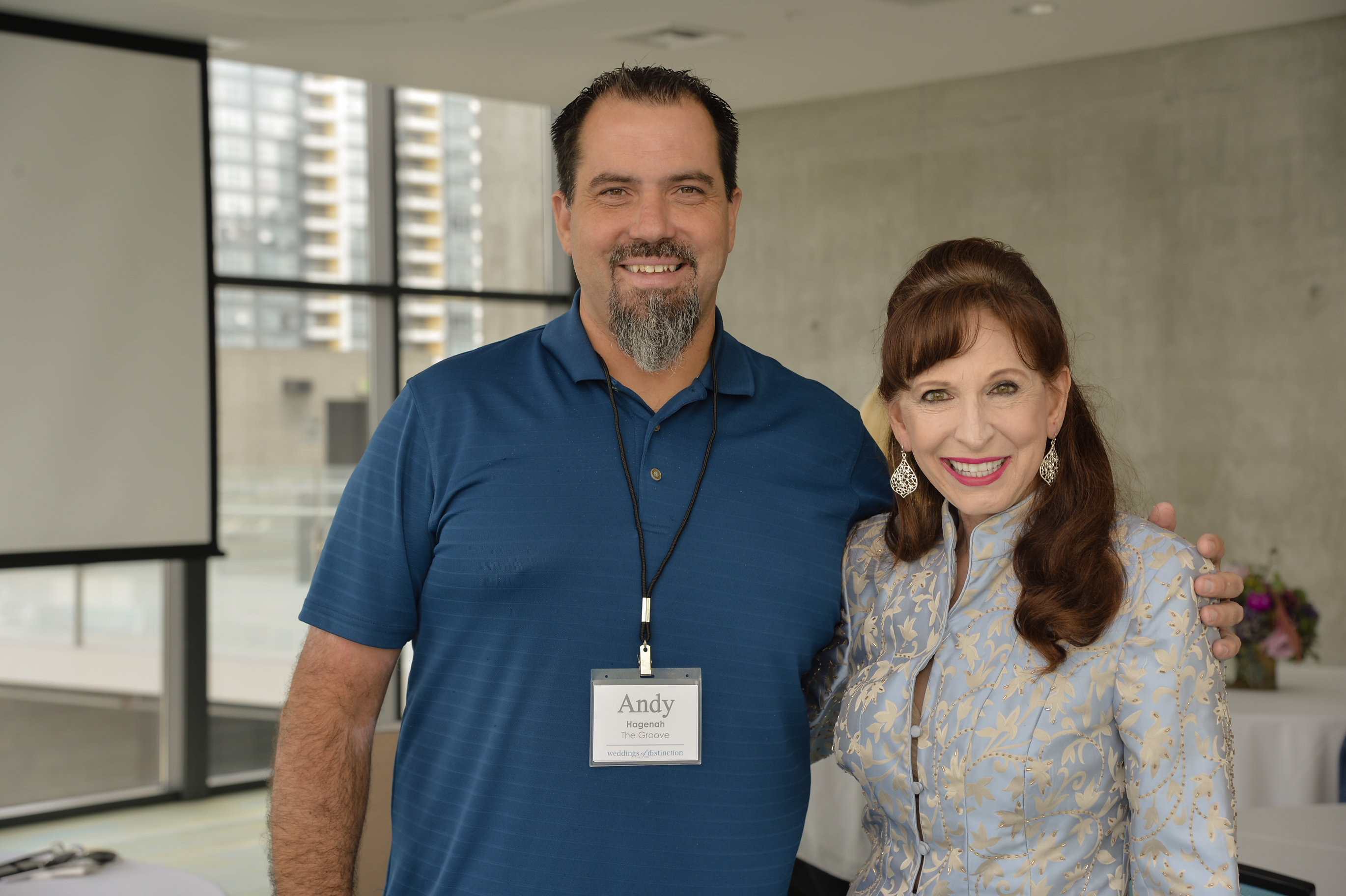 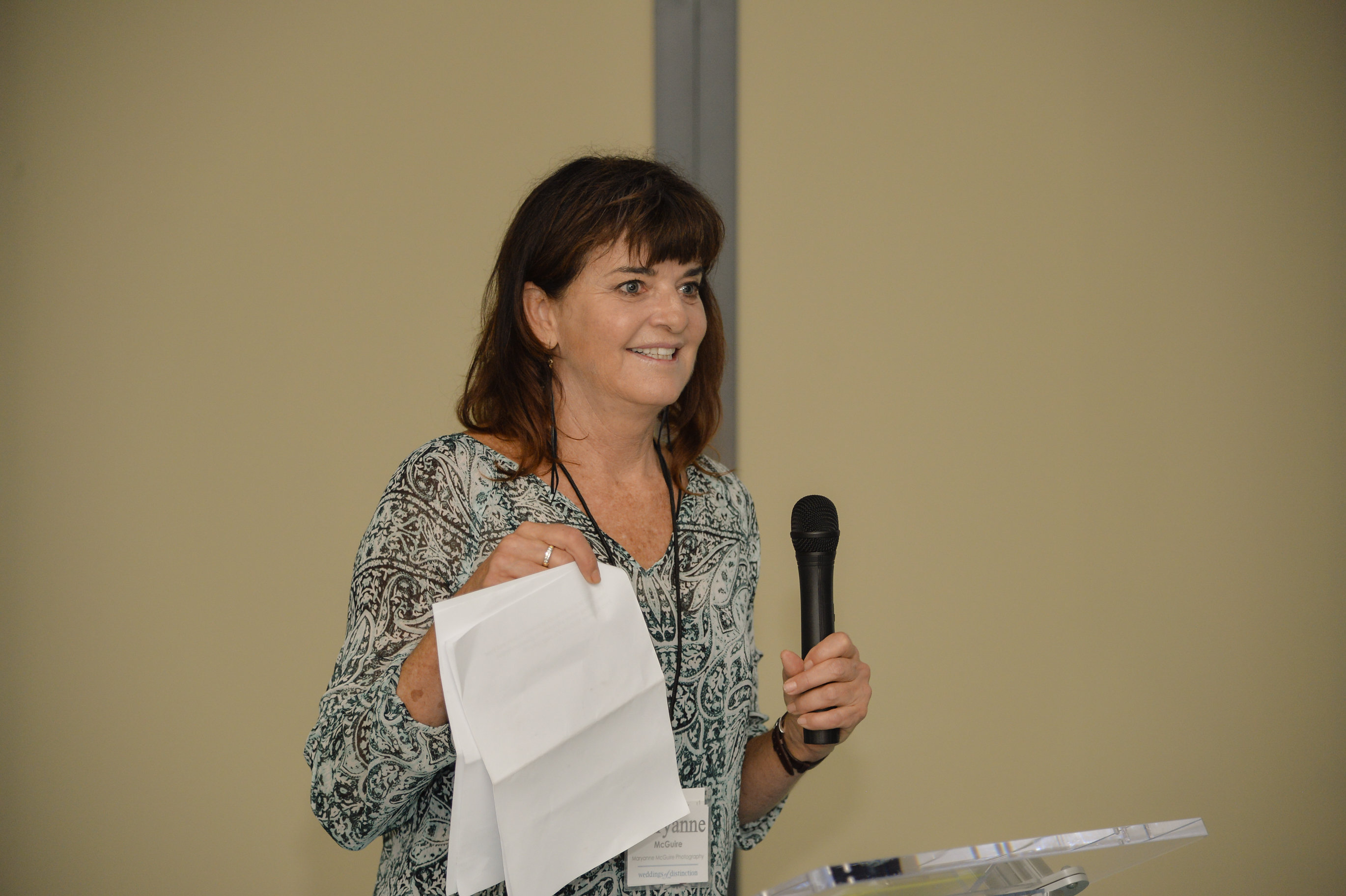 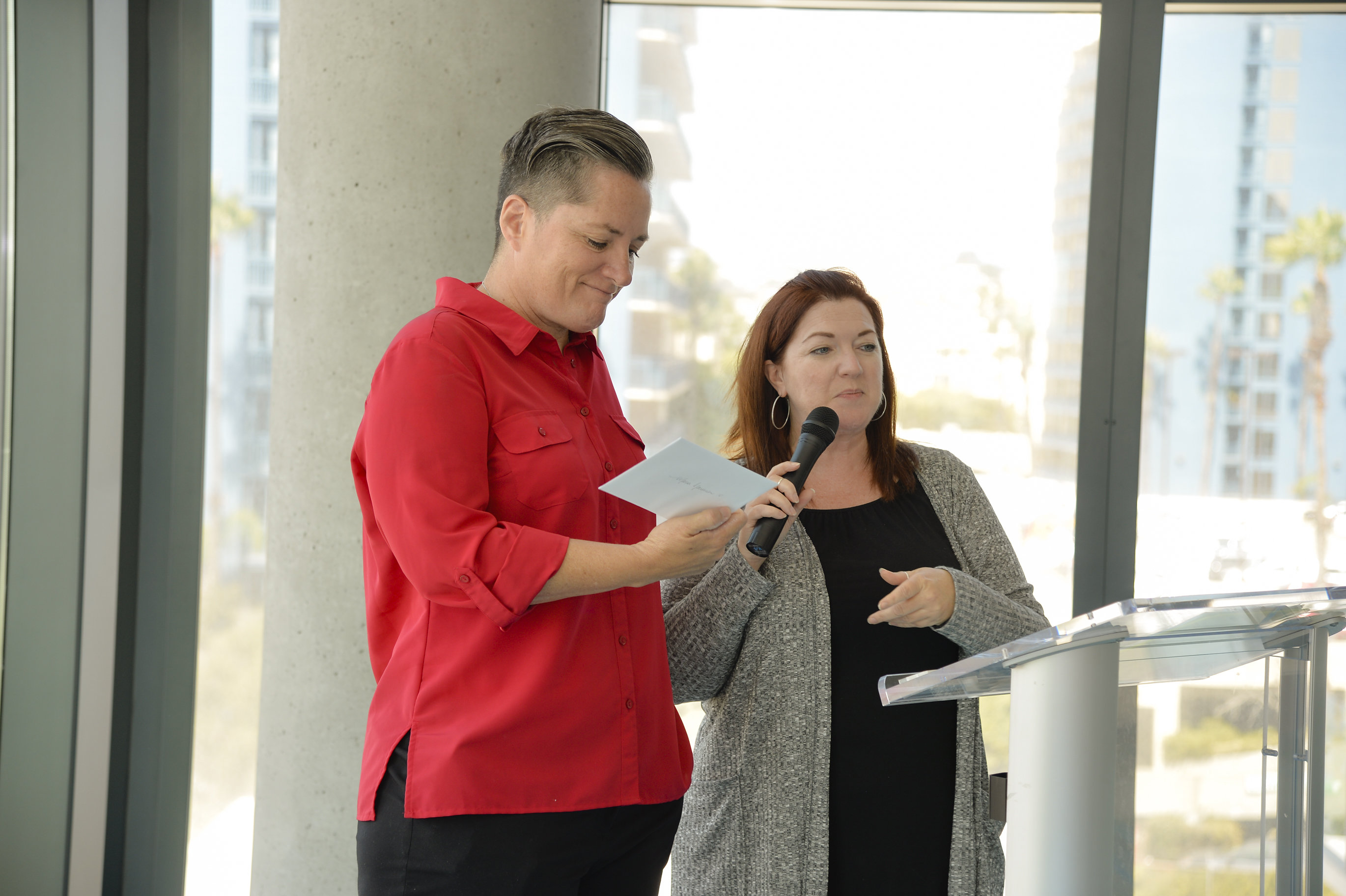 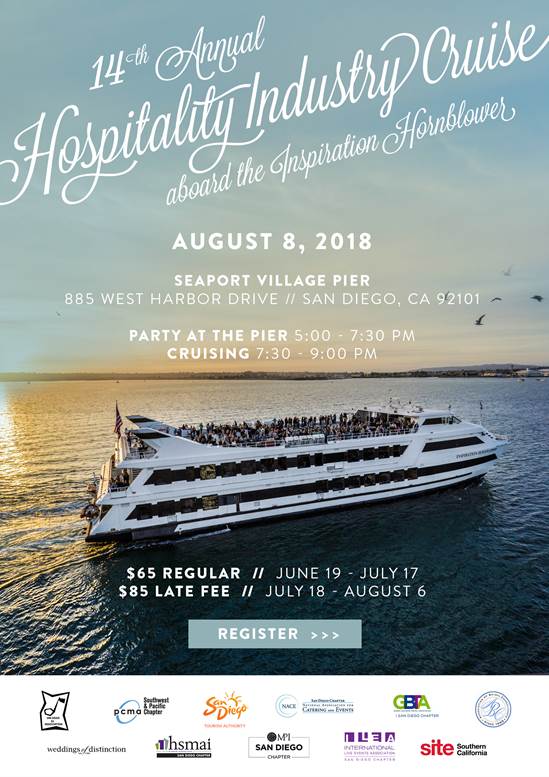 Tickets are available for the 14th Annual Hospitality Industry Cruise on August 8, 2018 aboard the Hornblower Inspiration.  This event is THE industry event of the year and is expected to sell out again!! Purchase your tickets now to save with the Early Bird Special!!! Please use the link below to register, thus letting the planning committee know of your Weddings of Distinction affiliation.  Your Cruise Ticket includes: a cruise around San Diego Bay, an arrival glass of champagne, two premium drink tickets, Scrumptious and Fun California Hors d’oeuvres & Food Stations, live entertainment, a variety of activities and, of course, NETWORKING!

This event will sell out. Don’t miss the boat, register today!  When forwarding onto your co-workers, please be sure to mention that they use the link to register!!! 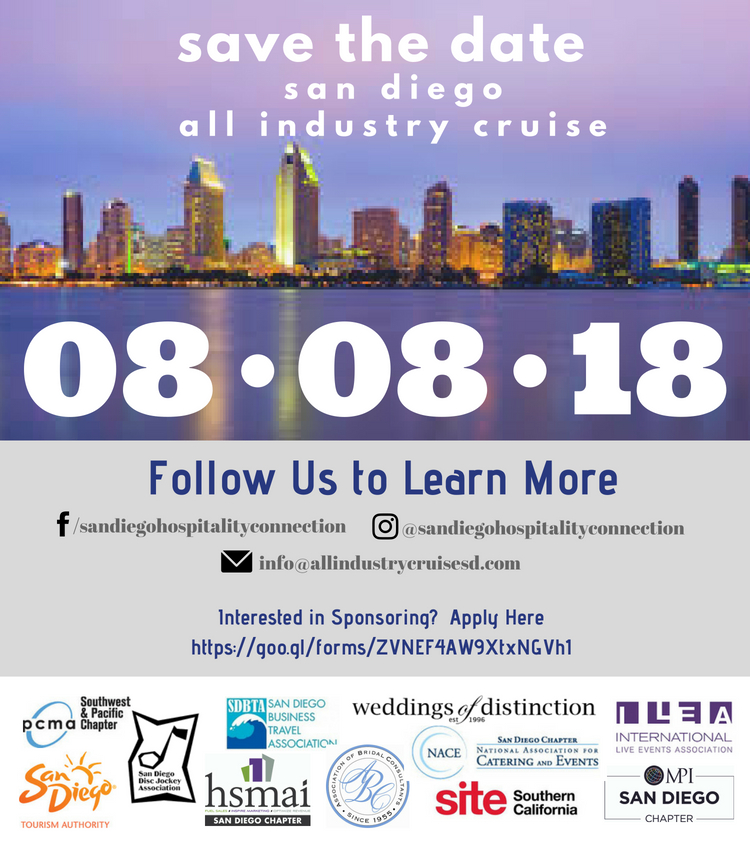 What a year 2014 was! There was change; there was loss, and, we imagine, like many organizations and groups, Weddings of Distinction dealt with its share of curveballs.

We began the year with high hopes and big plans. The board in 2014 was the same as in 2013, so the consistency in leadership helped keep the group on course for the plans in place.

However, in March, our small group got an unexpected and sudden shock: the death of WoD President, Bob Brichmann. As President, Bob was an integral part of the group, but as a long-standing WoD member, he was also a friend and trusted wedding vendor. Bob did so much, and he knew as a member since WoD’s inception, he understood the inner workings of our non-profit. His death came so suddenly, and in many ways, left the group in a state of confusion.

Yet, it was as a result of this tragic event, that the resiliency of the group and its members prevailed. Board members reshuffled responsibilities, and normalcy soon returned. By the middle to end of 2014, great things returned to WoD, just as Bob would have wanted.

In March, we partnered up with another San Diego-based wedding group, NACE, and had a joint luncheon. Many of our WoD members are also members of NACE, so the combination of vendors allowed for ample opportunities to network.

Also in 2014 was the chance to explore other venue and locations that are newer to the wedding industry, i.e. the San Diego Zoo Safari Park. As a group, we traveled to the Wild Animal Park in October, and many of us were astounded with the space, the possibilities and the potential! Who would have thought that use a space like the park for wedding, but based on the luncheon they hosted for us, it truly is an amazing wedding space.

Weddings of Distinction is a non-profit networking group, and the groups ultimate focus is on its members and the opportunity to network. 2014 was a stellar year in that regard. We welcomed many new vendors, and said goodbye to a few. Those remaining into 2015 continue to be among the best in the wedding industry!

What to expect from us in 2015….a new board. Beginning January 1, the new governing board is:

What’s really great is that many in the new board are new members and/or new to leadership. This transition should bring a fresh perspective to the group!

All in all, while 2014 was difficult in many ways, the tests and tribulations have brought about a stronger group and one more willing to protect the integrity of our special affiliation.

Weddings of Distinction members are special. We all work hard, and as many of us realized at the holiday party this month, we all play hard, too.   Our members know and trust that membership in the group means we all are among the best in the industry, but what’s truly special, is that we all truly enjoy each others company outside the job. Friends and vendors…no matter what may happen, Weddings of Distinction will remain the same and remain as strong. After all, that’s what Bob Brichmann would have wanted.  So, going into 2015 and beyond, that is what we intend to stay! 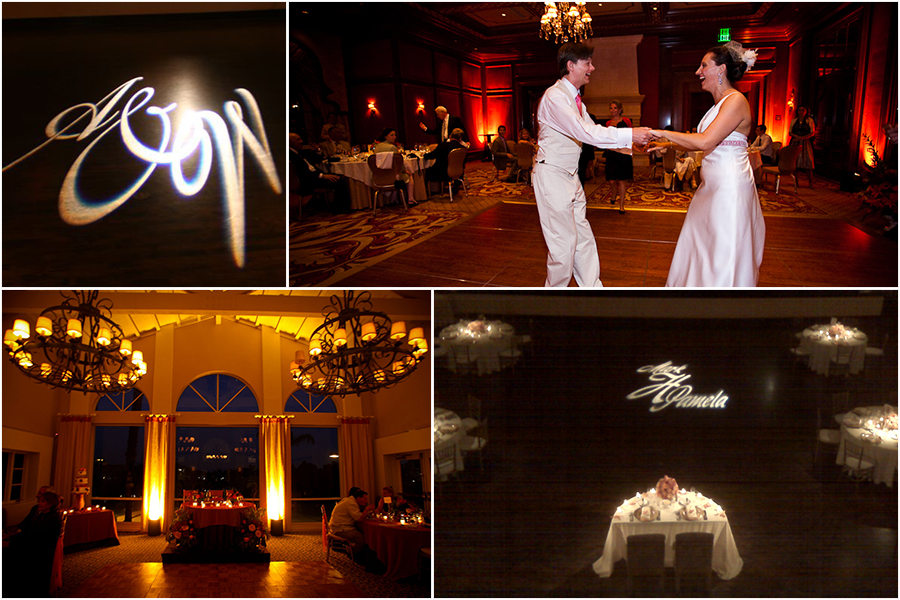 Wedding music; the decision of whether to have a band or a DJ can be daunting for some.  Bands are great, but DJs offer more diverse options.  Sometimes, it’s great to have both, but then who do you choose?  Bands can be distinguished by their sound and skill, but a DJ, their skill is not so easily distinguishable.

[Weddings of Distinction is fortunate to have two of the best San Diego wedding DJs in the business: Artistic Productions + Disc-Go-Round DJ.]

Many may think that a DJ just plays songs from a playlist. There is truth in that, but really they do so much more.  Having a DJ at your reception not only gets the crowd moving, they have the ability to take your event to the next level.  Ever been to an event where the music was blah, and the “DJ” was boring and dry?  That’s what we’re talking about.  A DJ can make or break an event.

Of course, DJs play music, and you may be thinking, “Well, Uncle __ can create a playlist on iTunes entitled ‘_ Wedding,’ and it includes all our favorite songs.”   True, but think about timing.  A professional DJ, one who has been in the business for years, knows the appropriate mix of styles of music & the right timing for certain types of music.  Doesn’t that seal the deal?  An experienced DJ knows how to cater your event to your tastes as well as to the expectations of your crowd.  A professional DJ can read your crowd and then create the proper ambiance for your particular party in your particular stage/venue.

The idea that a DJ at your reception is there only to play music and to get the crowd bumpin’ is a bit naïve these days. Many professional DJs also act as emcees.  They make announcements, introductions; or, they may chime in with a funny ad-lib or joke.  DJs are in this business because they have personality; a professional DJ engages in public speaking for a living!  And, think about it, keeping your guests entertained is not accomplished through music alone.

The services many professional DJs offer is extensive, and when you really think about what you’re getting for your big day, the money is always worth it.  Music, microphones, speakers, and DVD/slideshows, and so much more.  Arguably one of the key components to creating a fun and memorable wedding reception is the not just the food, it’s the DJ/music.

Our advice: be wise, do your research, meet with DJs in person prior to your event.  Guage his/her personality, find out how long they’ve been in business, and look for reviews!  Weddings of Distinction is fortunate to have two of the best San Diego wedding DJs in the business in our group: Artistic Productions + Disc-Go-Round DJ.  You, your friends, and your family will surely remember the ceremony, the dress, etc., but why have a wedding if it’s not for the celebration