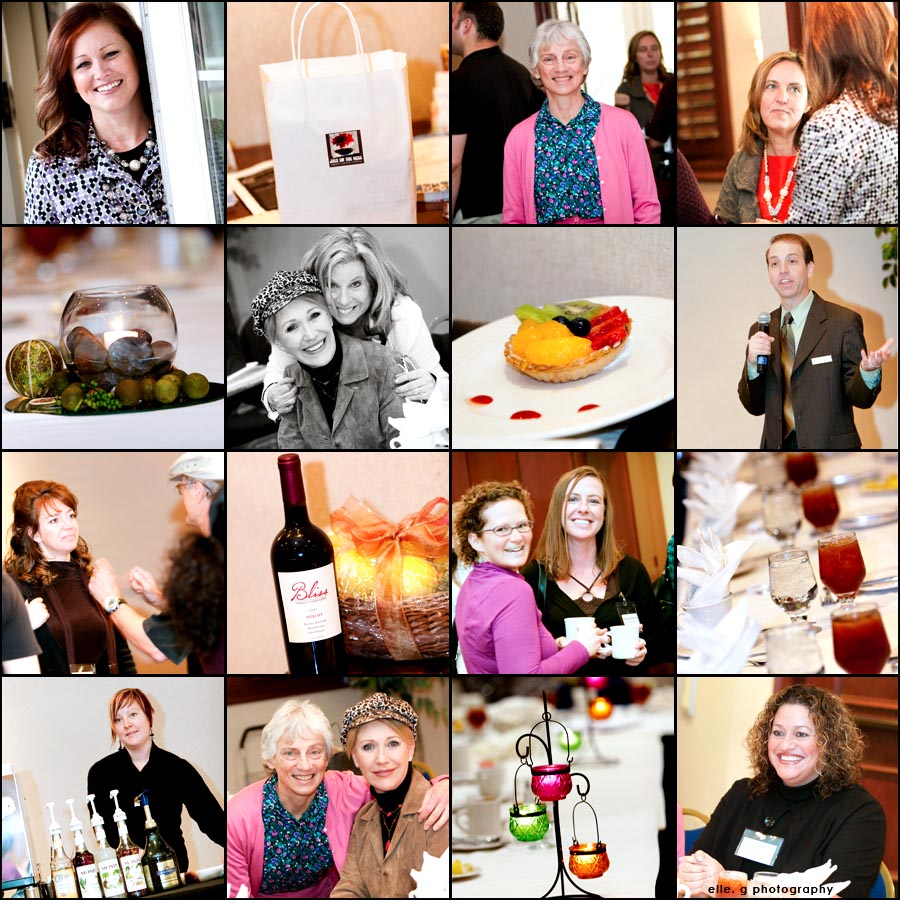 The San Diego Del Mar Hilton hosted the 1st luncheon meeting of 2010 for Weddings of Distinction. Director of Catering Gary Bolotin and staff treated members to a wonderful luncheon in the Derby Room. Fellow WoD member David Wasserman with Joes On The Nose showcased his company’s delicious coffees, lattes, mochas, hot chocolates and cappuccinos. The group was a buzzin’…..and referrals were too!

As a 1st meeting of the year activity, each member and attendee stood and gave a 30 second introduction and “commercial” for their craft. Several guests attended: photographer Kristina Chartier, web site designer and SEO specialist Staci Paris, Haydee Alderete from Concepts Event Design and Diane D’Angelo from the bridal salon D’Angelo in Mission Valley.

Board members shared some new year’s business. Several raffle prizes were awarded. A few testimonials were shared. Birthdays were acknowledged. Several faces we’d not seen in a while were welcomed back. Many, many referrals were shared and, as is the goal of the group, spirited networking took place.

We’ll see you next February 23rd! Stay tuned for the location!

The Weddings of Distinction 2010 Board:

San Diego Weddings of Distinction is a non-profit networking group specializing in weddings and special events. They meet monthly at various San Diego County hotels, resorts and special event facilities. The group’s goal is building professional relationships and networking to give clients the best advice and services to choose from.